← more from
Déclassé Recordings
Get fresh music recommendations delivered to your inbox every Friday. 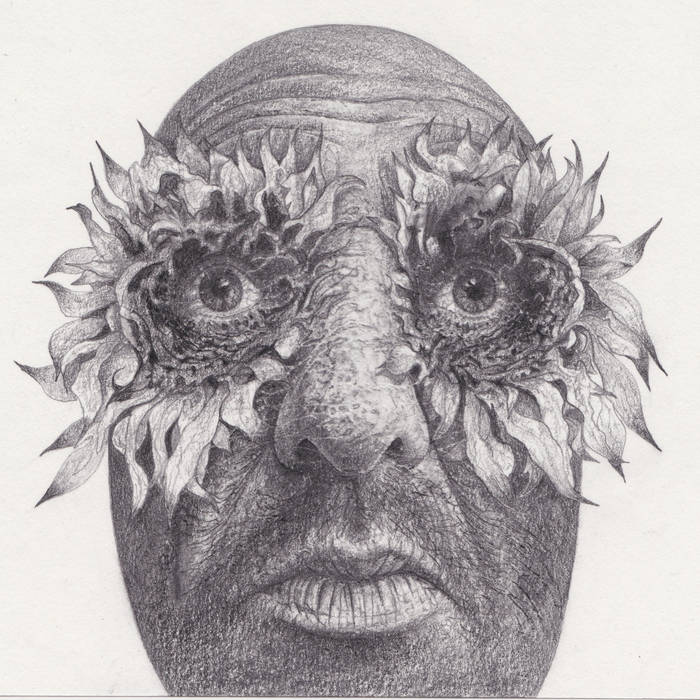 Fuzzy Cogitator Some groooovey shite! Favorite track: Why Sleep Through Your Dreams?.

jasonhannah Such an amazing album…fantastic to hear Fresh grooves unraveling in every listen! Pick up on Vinyl while you can!!!

George Wallace There's an element of delight in all of these tunes that I cannot but admire, striking deep at the base of the spine, working warmly into the heart. Groove medicine of a high order. Favorite track: Passerines.
more...

"Hull's finest son, Fila Brazilia's Steve Cobby returns with his first solo material in 18 years and it is well worth the wait. Released on his new Declasse imprint, "Saudade" sees the veteran producer superbly weave a lifetime of influences and experiences into a panoramic world view spread across twelve expressionistic soundscapes. Across four sides of pristine white wax, Cobby marries vibrant rhythm and playful melody, alternating irresistible grooves with the horizontal beauty of blissed out orchestration. The producer has scattered the album with souvenirs from all corners of the globe, be it the Caribbean pans of "Melismatic", the African thumb pianos of "Passerines" or the West Coast funk of "Clawfist" and "Why Sleep Through Your Dreams?". While the LP boasts plenty of hypnotic grooves to get lost in, but also delights on the more concise cuts, such as the jazzy "Rapelle" and the atmospheric "The End Of A Perfect Death". Essential for fans of our Balearic selections or the textured downbeat of Nightmares On Wax, "Saudade" is a strong contender for my album of the year." - Piccadilly Records

"Many years ago I started DJ'ing alongside this chap. He's made some amazing records over the years but I think with this one he has excelled himself. Chuck a few of your hard earned's his way. Your ears will thank you... Take a bow Mr Steve Cobby" - Sean Johnston (ALFOS)

"Just been checking out what for me is gonna be one of the musical releases of the year....Steve Cobby's solo LP 'Saudade' on his new imprint 'Declasse'. My affinity for this fella's work has been ingrained into my psyche since the early 90's. I'd go so far as to say, my favorite chill tune of all time was from the sheddy studio of the Cobblers (Solid Doctor's 'Holy Roller'). Not to mention his works as Fila Brazillia, Heights of Abraham etc....the list continues. Here's his latest offering, and yeah, it's a home run smacker to deep center field. It's not just about beats....it's about feeling, emotion and a carefully constructed set of tunes that take you on a righteous journey. This is a master of his genre doing what he does best.....immediate purchase over here, and the roads of Los Angeles will be littered with vibations from Kingston Upon Hull. Happy Daze!” - Greg Belson

"This is an LP that just grows, grows & continually unfolds on you. I must have heard it 30 times by now and I'm still into it (most stuff lasts for 30secs so he is doing something right). If there was any justice in the music selling world this would have gone gold by now. There isn't, so be grateful you have stumbled on a hidden classic. I've just found out it is going to be on vinyl. Only 200 copies, so be quick”- Matt Densham (Greta Cottage Workshop)

"Odd perhaps to talk about music itself in relation to a new record, but it’s immediately obvious that Steve Cobby effortlessly extends the lazy boundaries when it comes to one man and his equipment making it.
I suppose I’m talking more specifically about musicality, along with texture, depth and a genre free sense of soul which all help make this a landmark release and a 360 degree statement of future intent. To make it easier for you, I’m thinking Roy Ayers at his most cosmic, James Mason’s warmly organic electronics, Maze’s twilight and the extended horizon of possibilities that particular record laid out in one simple statement.
Cobby (as he has proved over many valuable releases) is a new breed of his own making, an off world Charles Stepney able to conjure alluringly languid moods from Rhodes and Moog that don’t (as is the modern mode too often) loop lazily and then leave. It’s a reflective 21st century jazz - free music that can skim like a stone across the water on Weekend World, or bump, squelch and jolt like the dancefloor gem, Heeds.
You are reminded that the power of real musical imagination is a beautiful thing. Crucially, this severely under appreciated British musician knows that machines are just dead metal and computers 0s and 1s without significant ideas to fuel them. - John McCready (Hacienda / Mixmag / JockeySlut / NME / TheFace / MOJO)

"Future Fusion from the Fila Brazillia man`s first solo release in 18 years. One of the people behind the influential Pork Recordings, and classic tracks such as “Mermaids” and “Leggy”, this new album covers everything from Jazz to Electro.
Tropical spirituals where Moodymann and Joe Claussell line-up for Adam Pierce`s Mice Parade. Synthesizer Funk like Bernie Worrell using Kraftwerk`s “Pocket Calculator” for a metronome. Vicious Bop Swing. ESG bass-lines. Holistic grooves and calypso caresses. The sleepy kick of Baird Remo and Ifach.
Steve Gurley`s Garage. Dilla`s blade to the beats. An evolution of the Mafia`s `90s Soul cut-ups. Machines programmed like live drums. Funky drummers borrowed from days rocking the 1s and 2s, and the lino.
Warm pads borrowed from Deep 3 A.M. House. Atlas earthed. Russ Gabriel`s “Dirty Kay”. Lewis Parker`s Jedi on Bite It! A precision borrowed from Techno. Weldon Irvine`s liberated brother, looking to both blue skies and stars.
Trip Hop? This was always more than a bunch of samples and a bag of weed. Cobby created, defined, the sound, before lazy came and gave it a name.
It might actually be all about the drums, with the painting of keys adding colour and mood. A rave celebration. 4 Hero digging solar treasure. Sunnyview. Tommy Boy. Salsa Smurph and a Space Cowboy." - Test Pressing


“ Those of you not aware of Steve Cobby will be one of two things . Young or tone deaf. Here is a solo album inflected with indescribable feeling of Saudade. True craftsmanship. " - James Holroyd (Back To Basics, Bugged Out)

“Sounds fantastic, will be getting much airing as Spring and Summer warm up! " - Richard Norris (The Grid / Beyond The Wizards Sleeve)

“ Dribble the seed Cobbs, keep it dribbling on down " - DJ Parrot

"Fully digested and cogitated over the weekend. Sheer brilliance throughout as usual, with real echoes of classic Fila Funk…love it mate!" - DJ Shepdog

"Just been listening to that 'Saudade' album whilst cooking a roast chicken. Nice tackle... It made me crave giblets!" Louis Osbourne

"Thanks for this beautiful album Steve, recommended" - Leo Mas

“ For those who know and love Fila Brazilla, check out this is the new LP by Steve Cobby. I have been collecting his music for over 20 years now and have much respect for his vision. Exquisitely produced grooves that flow up & down, infused with funk & jazz flavors that give life to his electronic soundzzzz. Baroness approved so Check It. " - DJ Charlotte Kaufmann aka The Baroness SF

“ Bought this and floated away for 69 minutes... what a treasure. Classic Cobby. The sequence of the songs is perfect. This is an "LP" in the truest sense... I need to 'Do the whole thing' each time it starts. Which is what I am about to do now, again, and probably forever." - Michael J Collins - Filthybroke Recordings

“ Just purchased the limited edition cd / digital download of "Saudade", the brand-spankin' new album by Steve Cobby ... excuse my blunt verbiage (big surprise, right?), but this album is FUCKING AMAZING!!!!! Steve, you have outdone yourself, my friend...another TOP RELEASE...your music continues to set the standard AND raise the bar...congrats on this brilliant work of art...i'm so happy for you, and so proud to call you my friend.
TO EVERYBODY ELSE -- check this out...seriously…WOW…" - THH70

"It's good to be home and back in touch with loved ones. Even better with Steve Cobby's album as a rich, comforting back drop. Just fucking gorgeous . I can't stop swearing its so good" - Danielle Moore/Crazy P

"The new record is simply amazing. It'll go down as one of my top ten of all time, I'm convinced." - Vince Font

Bandcamp Daily  your guide to the world of Bandcamp

Nightmares on Wax and Bremer McCoy stop by with their sublime new LPs.